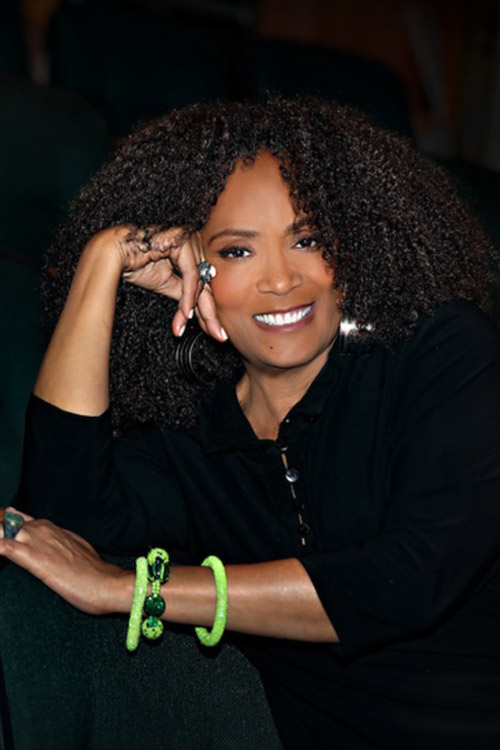 In 2014 Kai joined the iconic 115-year old Chicago Defender newspaper as the first woman Executive Editor of the organization. She brought the ‘Voice’ of the Chicago Defender through her popular weekly E Notes commentary. She completed her tenure with the paper, December 2016.

At N’DIGO Magapaper, Kai spearheaded the paper from monthly to weekly. As the editor/ Art Director she was directly responsible for its exciting cover stories and signature Front pages.

In Los Angeles Kai worked at CBS, BET, Disney, PBS and Red Shoe Diaries, NAACP Image Awards, C.O.R.E. Digital Pictures as a writer, associate producer, copywriter and or script doctor. She was the editor for the official Tavis Smiley website. She also worked at the City of Los Angeles, Cultural Affairs Department in the Office of Festivals and Gallery Theatre as the Assistant to the Director producing theater and festivals.

Kai is excited and optimistic about her position as Executive Director of the 50-year-old eta Creative Arts Foundation that she currently holds. She says many have questioned, “How do you move from executive editor to executive director?’ And I say, ‘Seamlessly, in each situation as the team leader, I provide the vision while empowering staff who manage and drive the process to achieve the goals, benchmarks and milestones step by step to manifest the mission.   Though different— from broadcast, print or social media and the stage are all platforms where we tell stories.  My responsibilities lie in the ability provide the vision and to implement and execute the strategy to transform the vision into reality.”

Kai received the 2019 Charles Mingus Award for ‘Outstanding Community Collaboration, LA; the 2015 Maya Angelou Literary Award for outstanding literary work. She is the recipient of the 88-87 “Best of Show” CASE Award for creativity; the Andreana M. Floyd Memorial Scholarship ’95; Leadership Illinois Class of 95 Graduate; The 1994 KIZZY Award and the JPH 1997 Rose Award.  Kai was listed in Crain’s Chicago Business 1996 & 1997 Top 500 Most Influential in Business. She has completed the Landmark Education Curriculum for Living and Leadership Training Program. She is listed in the 1998-1999 Kensington Who’s Who and ran the 2002,03 & 05 LA Marathons. 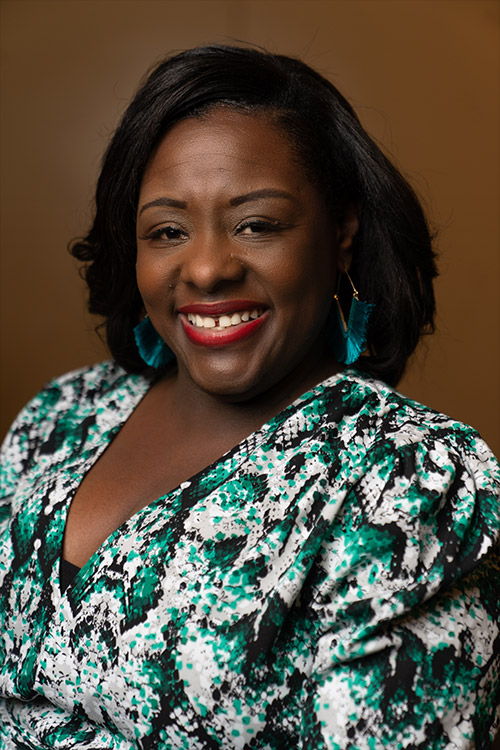 A native of Athens, Texas, Christie M. Howard, has the pleasure of serving as the Managing Director of Jubilee Theatre for five seasons.  Before joining Jubilee’s team, she served as the Director of Public Relations for Texas College. Christie received a degree in Business Marketing and Communications from the University of Houston’s C. T. Bauer College of Business.  After graduation, Howard took a marketing management position with MCI Worldcom.  Throughout her corporate career, she has played a major role in ensuring brand integrity, developing promotion plans, and creating strategic alliances for some of the nation’s most recognizable brands like JCPenney, Dr. Pepper/Seven Up, Inc., Metro One Telecommunications, Farmers Insurance, Wardlaw Insurance Claims and Rickey Smiley’s production company Breakwind Entertainment.

After eight years in “Corporate America,” Howard decided that she wanted to take her knowledge in the business arena to help the nonprofit cultural art community expand their reach and fortify their brands.  For two years, she served as the Director of Sales for Dallas Black Dance Theater (DBDT).  During her tenure, she doubled the size of the audience for the regularly scheduled programs and developed a sales system template that the organization is still using today.  Following her time at DBDT, she joined The Black Academy of Arts and Letters (TBAAL) as the Marketing and Media Relation Manager.  She held that position for four years and propelled TBAAL to new heights through innovative e-marketing campaign and social networking. 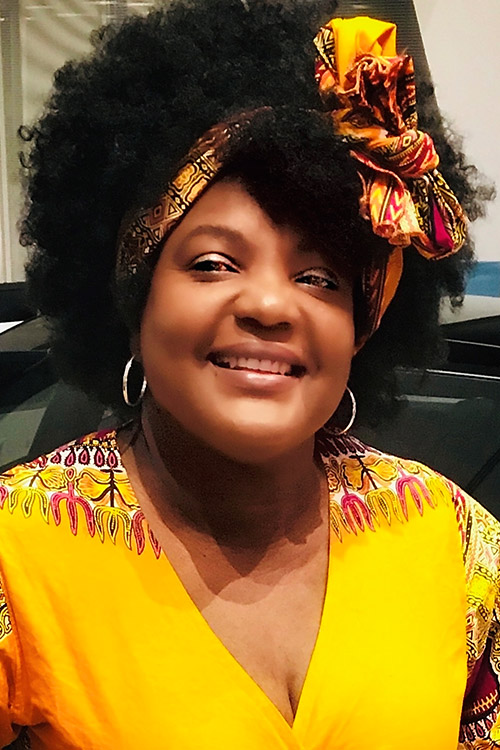 Rhonda Wilson is the Founder and Executive Director of the Star Center Theatre in Gainesville, Fl. She founded the Star Center without any funding, just a vision and hope. Growing up in Liberty City, a section of Miami, she was determined to be a part of the arts. Rhonda is a graduate of the University of Florida and a Middle School Educator. For the past 20 years, she has volunteered her time, energy and resources to the community by using the arts to educate and empower. She works to select and produce programs that are inclusive. Especially works that give space and meaningful work to black artists. She understands the need for making space, not only as a Producer/Director but as a performer who didn’t find many spaces on her journey as an artist. Not only is Rhonda behind the scenes, but an award-winning actress as well. Rhonda has been honored and recognized nationally, statewide, regionally, locally for her perseverance and hard work and even invited to do a TEDx Talk. Other recognitions include Excellence In Theatre Education Finalist from The Tony Award And Carnegie Mellon, National Youth Director of the Year(AATE), Allstate National Champion For Good, Distinguished Career Award, Diversity And Inclusion Award, Governor’s Award For Community Investment and more. Rhonda’s dream is to continue to provide a space where everyone can SPARKLE and SHINE!! 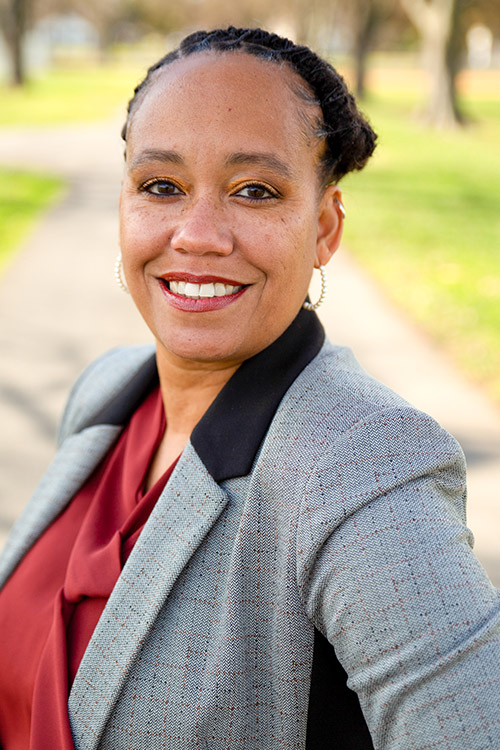 As the new executive director, the renewed focus on the importance of Black lives and Black institutions makes clear the need to secure the legacy of Blues City Cultural Center.  Blues City Cultural Center uses the arts to empower, enlighten, and transform lives and communities. We believe social change comes from artistic endeavors that help people to discover many new ways of engagement, expression and self-determination Our focus is on capacity building, refining, and solidifying our niche, and bringing value to the community through program driven productions. I have the opportunity to learn from experienced CEOs, executive directors and other leaders to move BCCC to the next business level, grow our audience and donor support, market our productions for increased revenue streams, and make other such changes to ensure the survival of the company for 41 more years.

As a child literally growing up in this Black arts organization and during the historic Black Arts Movement, I had no idea that one day I would be called upon to fill the shoes of the founders even though I had performed in BCCC’s original productions and programs such as The Lonely Christmas Tree, the musical revue Down on Beale, Peace in the House, and the weekly radio play series, A Play for a Day.  The most memorable moment, however, was performing with the company in Paris, France at the Sorbonne University in the production, A Tribute to Richard Wright.

Now, years later I find myself at the helm of the organization in which I started out in as a performer, and gradually began to take on other roles such as stage manager, assistant director and eventually director in productions of Down On Beale, Ritual Murder and Tickle The Rain.

I believe, however, that the best is yet to come as I begin my journey of earning my doctoral in Humanities and Culture with a concentration of Executive Leadership.  I am so grateful to be a part of continuing a legacy that gives back to the community founded by my parents Levi and Deborah Frazier.